My mind is pretty much fried. I'm ready for summer, though the weather could wait, or at least gradually work it's way up to triple digits. Come on it's only April! And so due to the heat, and total lack of motivations I bring you this ridiculous mini post.

This guy is just embarrassing. For those that have 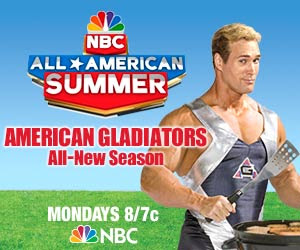 found their way over to this blog from my old xanga, you guys know how I feel about this guy and the "return of Gladiators." I have no words to describe this...Gay-diator.

Embarrassing, just embarrassing.
Posted by Aaron at 1:43 AM No comments:

The first major rule to writing a good blog is to not reblog. Don't post others stuff. Not really because of plagiarism but just because if a blogger was to do that they'd cover ground that has been covered before. However I've decided to break that rule, due to the supreme awesomeness of what I'm about to share.

The Japanese are known for their crazy inventions which seem to serve very limited and specific purposes. Case in point the cat mop, or the full body umbrella. However a Japanese designer has managed to develop, what I can only describe as a security device, which mimics old time cartoon techniques.

You may remember as the witty mouse scurried about the marketplace, in hopes to avoid the cat in chase he would often find refuge in a clay pot or potted plant. Now when you are being chased by someone you're able to disappear in a row of vending machines. 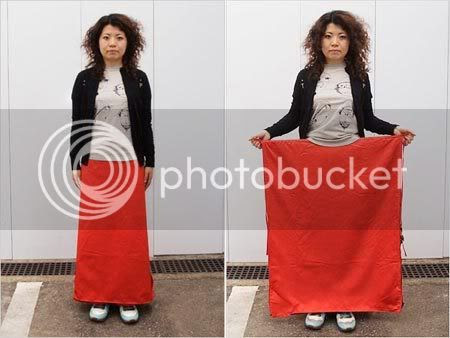 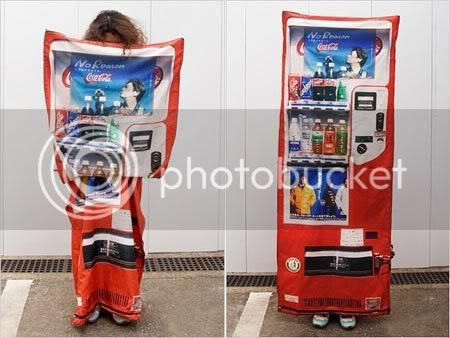 How awesome is that! There are actually quite a few "devices." A backpack which can unfold to become a "fire extinguisher" or a purse that looks like a manhole cover so when you're being chased you can throw it away from you and the pursuer won't know where your belongings are. Japanese have the best "inventions." 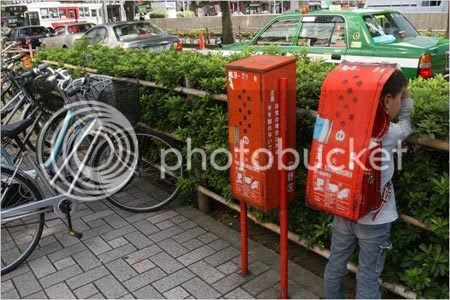 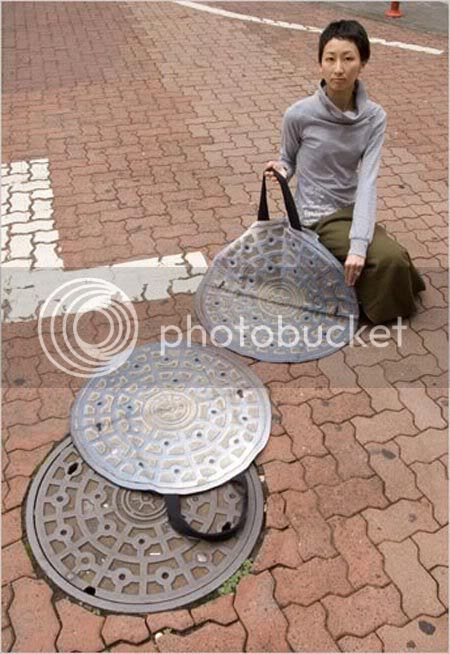 On a Horse With No Name

I've returned from the deserts of Arizona. It was an insanely tiring, yet enjoyable trip. With 13 archers packed into two vehicles we set off at 5:30 Friday morning to Phoenix, Arizona. There's tons of details which I could share with you, about scores, distances, and PR's but I doubt you'd want to hear about them, so I'll share with you all just a few pictures of worth. Enjoy!

Embrace the Elf Within

I'm off to Phoenix, AZ tomorrow bright and early. I'm so not looking forward to that, as I'm not a morning person at all. It's a pretty major archery event, and we've never shot that far as a team at all. Half of us are competing in a full FITA event which has us shooting at 90 meters, while the other half are shooting a 900 round which is shooting different distances varying from 60 meters to 40. Now to give you an idea of how that changes things, we normally shoot at 18 meters and I can get a grouping of about a grapefruit on a good day. We've been practicing recently on a 70 meter range, and I now get groupings about the size of the target, which is roughly 4 feet in diameter. So I'm not expecting to bring back any medals or anything. In any case, I wanted to let you guys know that I'll be back next week with a photo update of Western Regionals. Until then.
Posted by Aaron at 10:55 PM No comments:

I've had a Facebook account since my freshman year of college. Back then it was only for college students (as a side note, I wish that it still was). In the past four years they've expanded to literally allow everyone and their mothers an account. Case in point, my cousin's mother has one. With each new addition, Facebook users of old, put up resistance to the MySpace like changes that seem to pop up left and right. The changes that have occurred, and Facebook's slow transformation into a more organized Myspace, is a topic all it's own. Having seen the outrage and controversy created upon adding mini-feeds, Facebook, has tried to redeem itself by adding more and more security features which seem to progressively get more complicated and specific. With more security features comes the opportunity for what I like to call, preferential friendship, or limited friendship. Let me explain.

I've received quite a lot of application invites, and honestly I'll ignore 90-95% of them. Recently 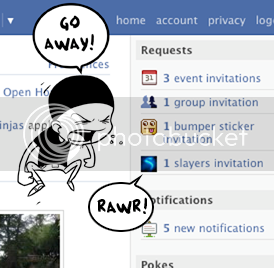 Facebook recently upgraded their privacy settings to allow you to break down each section to allow or block others from viewing, think limited profile, but you have to specifically state who can view what. So if Jonathan wants to befriend you, you can show him only your general info and nothing else. But you could show John only your pictures and nothing else. Which makes me wonder. Is Facebook creating preferential friendship?

Another point of interest is that random people tend to try and befriend others that they often don't know, or at least don't know well. This isn't that shocking as I'm guessing many of you have gotten that Friend Request notice and thought, "What? I don't even know this person." So the question is this; do you befriend them and place them on a specifically restricted profile view, which allows them to know what your name and birthday is, and that's the extent of your "friendship?" Or do you ignore the invite all together. I've chosen to do both. Firstly I've placed a handful of people on restricted profiles, each person who has that view, has these limitations placed on them due to different reasons, not really close to them, don't trust them any more than I can throw them, or the like. I also have a handful of Friend Request sitting in the inbox which, in all honesty, I probably won't touch for months on end. They too are sitting in limbo for different reasons, but mainly cause I don't consider them my friend or acquaintance. Some of them, I honestly have never said two words to them.

In any case it seems that Facebook has transformed the word "friend" into something indistinguishable from "random guy that I know." It's created a class system for the 21st century, where the middle class is no longer, upper-middle class, middle-middle class, and lower-middle class, but "Friend. Friend who can't see my pictures and wall. And inbox dwellers."But after all what really is a "friend?"

Queen on the Scene

TMZ recently reported about a lady who they call, Queen on the Scene. She's one of the most well connected people in Hollywood. She has one of the biggest Rolodex in all of tinsel town, but you're probably thinking, "I've never heard of this lady, what is she in?" QS isn't a movie star, or a recording artist and yet she calls many celebrities her friends. Despite her ties with the rich and famous, she's quite far from celebrity status. Queen on the Scene is actually a homeless woman, who calls the streets of Beverly Hills her home. She has befriended many celebrities and they, in some ways, treat her as a friend. She'll hug them and talk with them, just like they were average people. A very interesting dynamic that their "friendship" has is the protective nature of QS. She threatens paparazzi, "doesn't do cameras," and will " kick your ass if you don't" get out of her way. Due to her hostility, unpredictable nature, and total disregard of normal social fears, ie some one calling the cops on you, the celebrities end up getting free protection.

Which got me thinking, perhaps celebs should rethink their security methods. Instead of hiring a bodyguard, or security detail, could it be the answer to photog protection is the "residentially challenged?" I can just see it now..."Are you an C list celebrity in need of some protection? Tired of the paparazzi always in your face? Is your current body guard not providing the adequate protection you desire? Well the answer has arrived, and you need not look any further than on your street corner, or local 7-Eleven."

Just think, if celebrities would befriend those they met on the street, they would instantly gain protection where ever they went. My original idea was to have celebrities hire one or two homeless people to protect them. To go with them where ever they went. Of course their services would have to be repaid, most likely through food and housing. The only problem is, you have just hired a bodyguard in the more traditional sense. To avoid this easy slip into normality, I suggest celebrities do not simply pick one homeless person, but rather create a network of hostile, slightly unstable, homeless people with a love for celebrities, and befriend them. Clearly in the video I linked, you can see that QS was able to keep the TMZ photographer at bay, and so in theory if you were friends with a dozen or so QS-esque people throughout the city, you could easily keep the shutter bugs away. It's just that easy. Make friends with vicious, home impaired individuals throughout the city, trading food and clothing for friendship and crowd control and you've got the new wave of Hollywood personal security. I scratch your back, you scratch mine. Come on, isn't that what all symbiotic relationships are about?

On a totally unrelated thing, thanks to Jennifer (I'm guessing Lee) for posting our first comment!
Posted by Aaron at 3:47 AM No comments: