I don't know why, but recently I've noticed quite a few people with nose rings. Most of the times it's girls (which in and of itself is kinda weird). Now I'm all about self expression. 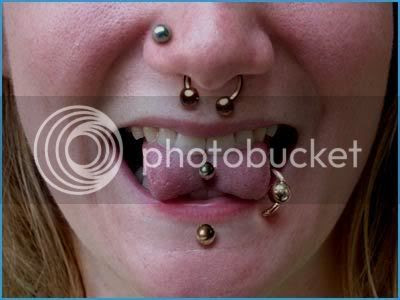 If you want to get a tat, I'm all for it. I'll even take you if you want me to come along. If you want to pierce your ears, go for it. If you want to brand yourself (some of my friends have done this) be my guest. But my major problem is with nose piercings (specifically nose rings) and perhaps due to my major and my understanding of iconography.

For those that don't know iconography is basically the meaning behind symbols or icons. Having said that, nose rings hold significance in iconography. You see, in iconography a bull which has a ring in it's nose is actually a castrated bull. Having this understanding when I see girls, and especially guys, with nose rings it makes me not only think of bulls, but more so makes me question the person's intelligence. Is that wrong for me to do? Which got me thinking.

If ignorance is bliss, which I suppose in this case is really true, does it mean those that are more informed lose their rights to criticize those that are ignorant? Not solely for being ignorant, but rather exposing their folly? Now keep in mind that I've never informed those about their mark of castration, but the question begs to be asked, should I tell them?

If the right thing to do is inform them, then the question must be applied to others as well. For example there's two guys playing pool in front of me with cut off tshirts, and to be quite blunt they look ridiculous. And yet part of me assumes that they probably think they have the guns to pull it off, which sadly is not true. Would the right choice be to let them continue in stupidity and DB-edness or to inform them of their clear mistake?

In any case, I feel as though it's only appropriate that if one was to continue in ignorance, those in the know maintain the right to scoff behind their backs. I'm not saying we should laugh at their misfortune, but I feel as though we should be given the option to, after all is it our faults that we are better informed? 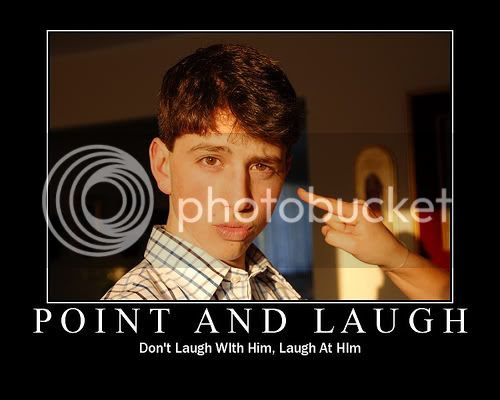 I was sitting in the dining hall of Pine Summit Camps, when the topic arose of the board game. As we discussed various board games the questions came up as to what constitutes a board game. 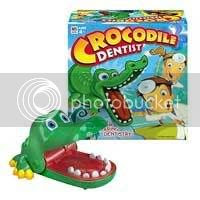 One person brought up that a board game should consist of a board. This would rule out games such as Chicken Limbo, Crocodile Dentist, and Mr. Bucket. However it seems that you could play the games on top of a board, but due to the fact that it does not in fact involve the board, it could not pass as a board game.

Now having stated that, the question of whether Don't Wake Daddy or Mouse Trap would be allowed to join the ranks of games like Monopoly and Life. It seems that though most of the action takes place on top of the board, the board is an integral part of the game. This then brought up Hungry Hungry Hippos and Crossfire. Where though there is a board involved, most of the action does not involve the board itself, as the board functions mainly as a means to contain the rest of the game. If you think about it in this light, then it seems more like a box and not really a board. 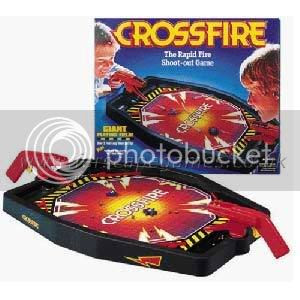 Which then brings to question the very game that caused the debate, Operation. You see Operation takes place on a board like object that seems more like a box. But despite it's box like appearance it seems as though it functions much like a board, where pieces rest on top. So what then would Operation be? On top of that, would Twister be considered a board game? If not due to the board like mat, what about the spinner board? And so the great debate of our generation continues. 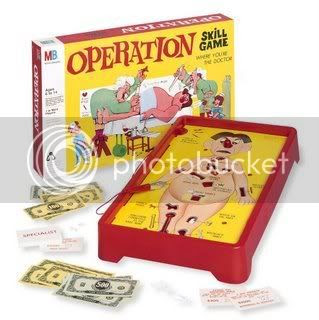 After tagging some 40 some pictures on facebook, I came to a rather interesting thought(or at least in my mind at 2 in the morning). If aliens or terrorist were to infiltrate social networks and view our pictures and interest , I feel as though there would be three options as to what they would think:
1)The American teen/young adult culture is quite complex, despite being ridiculous.
2)What's wrong with their faces?
3)What a waste of time.